The following medieval remedy for snake bite may strike the modern reader as bizarre: ‘For a snake bite […] take a live cockerel and put its bottom onto the bite until the cockerel dies’ (p. 74). However, as Diana Luft explains in her new edition of Medieval Welsh Medical Texts, this is a relatively standard medieval treatment, indicating that medieval Wales was well-integrated into wider cultures of medieval medical learning (p. 346). Luft sets out to provide an edition and translation of medieval Welsh medical material, ‘aimed at two different audiences: those with an interest in the Welsh language and Welsh literature, and those working in the medical humanities and the history of medicine in particular’ (p. 2). In this endeavour, the book succeeds admirably and it will undoubtedly be of interest to both scholarly communities. Luft includes detailed notes on potential sources and correspondences for various medical recipes, as well as a copious system of indices, allowing the reader to search the text by plant names, other remedy ingredients, instruments and treatments, body parts, and medical conditions. Two appendices provide a table of manuscript contents and a concordance of plant names. As a critical edition, the book poses practical questions as to how best to edit a fluid body of material, resulting in editorial choices and layout which may not satisfy all readers, although it is unlikely that any editing solution could do so given the nature of the material. 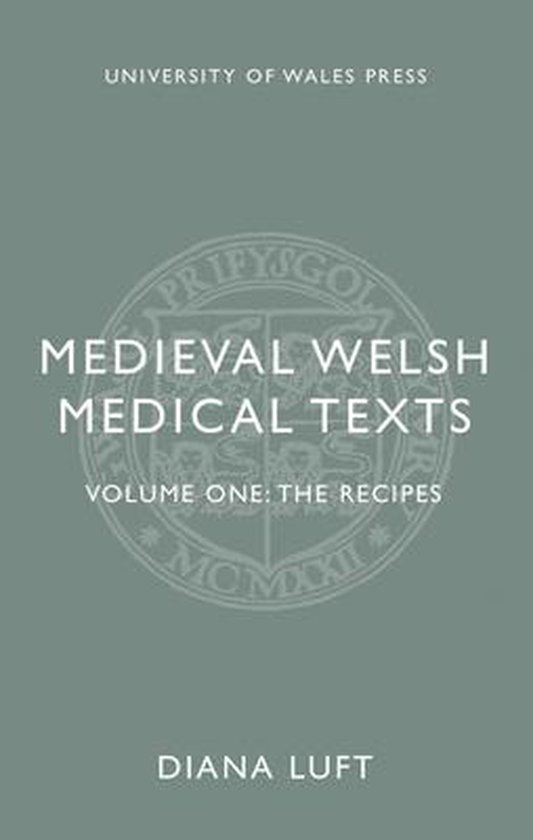 Prior editions of the medical texts edited here have been problematic, to say the least. They have tended to uncritically attribute the entire corpus to the semi-legendary Physicians of Myddfai and base translations on inadequate definitions of Welsh plant names from the Botanologium section of the Welsh-Latin dictionary of John Davies of Mallwyd (c. 1567–1644) and Hugh Davies’s Welsh Botanology (1813), neither of which focuses particularly on earlier medieval plant names. Indeed, John Davies notes in his work, ‘Reader, you must hope for nothing definitive from me when it comes to plants …’ (p. 34).[1]n. 1 Davies, John, Antiquae linguae britannicae: nunc vulgo dictae cambro-britannicae... et linguae latinae, dictionarium duplex (London 1632). Translation by Diana Luft. Luft bases her identification of plant names on glossaries produced before the end of the sixteenth century (including but not limited to those provided in some of the manuscripts upon which her edition is based). The ‘Plant-name Profiles’ appendix at the end of the work distils Luft’s research into a convenient table, giving each plant’s common name and its Welsh translations and appearances throughout the corpus of medieval Welsh medical texts. In some instances, uncertainty must remain about exactly which plants are specified, but I suspect both audiences will benefit from Luft’s accurate, modern edition reflecting recent lexicographical work.

Luft’s introduction situates the reader well within the context of medieval Welsh medical scholarship, clearly presenting the history of earlier work on the texts and the complicated relationships between their manuscript sources. Anyone who works on medieval medicine should be satisfied with the introduction given to the Welsh dimensions of the corpus. Those who primarily work on Welsh literature and language may be left wanting more background information on the wider network of European medical texts than the two pages devoted to ‘Sources and Analogies’ in the introduction. (As the endnotes are replete with analogues and possible origins for the Welsh material, slightly more orientation in the introduction might have been helpful for those not already familiar with these sources.) At the risk of suggesting still more be added to an already 611-page book, an introductory discussion of medical procedures or a glossary of medical terminology would also be useful for a reader unacquainted with the finer details of medieval medicine. Thus, when the medical texts prescribe a ‘cautery’ (llosc), the actual definition of the term is left somewhat vague, and the reader must imagine what sort of procedure is meant by, ‘For deafness […] place a cautery at the base of his ear and in the corner of his jaw with a nut in it, and that is good’ (p. 96) (although this may simply be a feature of the recipes’ own lack of specification). As the book is subtitled ‘Volume I: The Recipes’, we may hope for a future second volume containing some of this contextualization and practical procedures.

The text of Medieval Welsh Medical Texts is edited from four fourteenth- or early fifteenth-century manuscripts, written in roughly fourteenth-century language: British Library Additional 14912 (BLAdd), Cardiff 3.242 (Hafod 16, Card), Oxford Bodleian Rawlinson B467 (Rawl), and Oxford Jesus College 111 (the Red Book of Hergest, RBH). Each manuscript contains certain additions, omissions, and unique recipes (the latter are grouped together in a separate section at the end of Luft’s edition), which would present a significant editorial challenge for any scholar. Luft divides the material into ten books (in addition to the unique recipes at the end), based on the content of the constituent recipes, rather than any manuscript features. This is a sensible choice given that the manuscripts do not agree in their visual presentation of the texts or the order in which the texts appear, but the reader must be careful to keep this editorial practice in mind throughout, rather than assume the book divisions necessarily represent a unified medieval demarcation and ordering of recipes.

For each component book, Luft picks a single manuscript on which to base her edition, listing variants from the other three manuscripts in the critical apparatus found in the footnotes at the bottom of the page. Unintelligible text from the manuscript that otherwise provides the basis of the edition for any given book is replaced with text from the other manuscripts and recipes that appear in multiple other manuscripts are inserted if they do not appear in the manuscript that forms the basis of the edition. However, it is unclear how Luft decided which manuscript to use for the editorial basis of which book. She merely states, ‘The purpose behind the variation in the base text for each edition is to give the reader an idea of the nature of all four manuscripts, rather than relying on a single source’ (p. 30). To my mind, this is the weakest element of the edition. While I recognise the desire not to privilege one manuscript as the single authoritative version of a fluid textual tradition, I would have appreciated some justification for the choice of manuscript used for each book. Nonetheless, with a body of material this difficult to edit, any editor is bound to make decisions that may not be to every reader’s taste and Luft’s edition is comprehensive enough that all variants in manuscript readings and order can be ascertained from the footnotes and Appendix I.

Medieval Welsh Medical Texts contains two very detailed sets of endnotes: ‘Notes to the Translation’ (indicated in the text of the translation with superscript notes in Arabic numerals) and ‘Further Notes on the Recipes’ (indicated with an asterisk). ‘Notes to the Translation’ largely contains discussions of translations made in Pughe’s and Diverres’s earlier editions of the Welsh medical material and new identifications of plant names. ‘Further Notes on the Recipes’ contains correspondences to recipes found in other medieval sources (particularly in Anglo-Norman and Middle English comparanda). The information in these two sets of notes sometimes overlaps, leading one to wonder where the distinction between the two is drawn. For example, note 266 to the translation states, ‘The first of these texts seems to be a paraphrase of Constantine the African’s book of simples known as Liber graduum. The second is Liber de virtutibus herbarum which was erroneously ascribed to Albertus Magnus’ (p. 330), which the reader might expect to find in the ‘Further Notes’ section, as both Abertus Magnus and Pseudo-Albertus Magnus are cited there as well (pp. 386, 419). The maximalist approach taken in the notes and in the book’s six indices might give the reader some difficulty navigating the physical volume, but this is easily overcome by the Open Access online copy of the book, the text of which is searchable on a computer. The book is very well suited to its Open Access format and will hopefully reach a larger audience as a result.

In conclusion, Medieval Welsh Medical Texts is a welcome addition to both medieval Welsh scholarship and the medical humanities and seems likely to become a standard reference for students and academics alike. The book’s Open Access format should be commended and makes the work accessible to non-academic audiences as well. Luft’s contributions to Welsh plant names are especially appreciated and should be considered in later updates to reference works such as Geiriadur Prifysgol Cymru, the historical Welsh language dictionary. Despite a number of potentially confusing editorial and layout choices, the book is well-researched and generally lucidly written. A little more contextualization would have been welcome, as would comparisons with other Celtic medical material (medieval Irish analogues are few and far between, especially compared to their Anglo-Norman counterparts), but that may be a project for another book (perhaps Volume II). Luft has successfully made a large body of texts accessible to a much wider academic and public audience and her thorough and original research into medieval Welsh botanical terminology will surely be a highlight for Welsh scholars and students of medieval medicine alike. As will the snake bite remedies.