History and salvation in medieval Ireland

In History and salvation in medieval Ireland, Elizabeth Boyle’s stated goal is to present ‘salvation history’ (that is, the conception of history as teleologically leading to Christian salvation) as the lens through which medieval Irish authors saw their world (p. 184). At the same time, she aims to focus on neglected texts and to complement recent scholarship on Classical Greek and Latin influences on medieval Irish literature and historiography. In all three endeavours, Boyle succeeds admirably, primarily through careful analysis and the meticulous presentation of new editions and translations of otherwise unpublished primary sources. The Irish texts discussed date from the seventh through twelfth centuries, with the bulk written in Middle Irish (the stage of the Irish language spoken and written between roughly 900–1200 CE). They all share an interest in retelling episodes from the Bible or representing world history from a perspective grounded in Christian salvation. 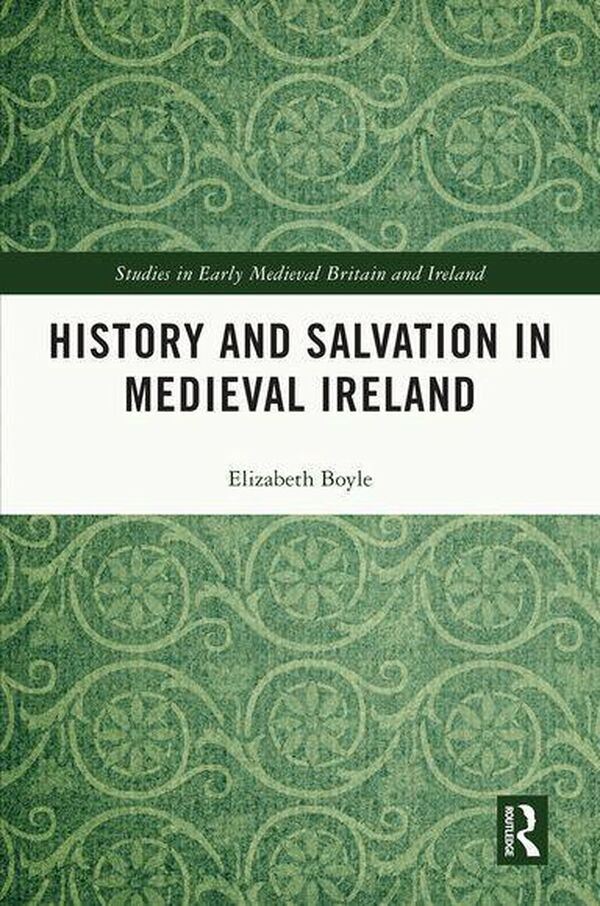 The book comprises a series of loosely-related essays. The introduction and conclusion provide a frame for the book’s arguments and thematic elements of the constituent five chapters often feed into one another (especially the discussion of king David in chapter 3 and the psalms in chapter 4). Taken as a whole, the book makes a compelling argument for Irish interest in a salvation-centred understanding of history. For the most part, however, each chapter stands alone and could be consulted, cited, or assigned as postgraduate (or advanced undergraduate) reading independently.

<span">Chapter 1 addresses medieval Irish attitudes towards Jewish history and self-conception as a new Israel, inhabited by God’s chosen people. It proves to be a useful opening chapter for orienting medieval Irish identity in relation to the discussion of biblical history and salvation that follows. Highlights include a nuanced reading of medieval Irish literary sources that simultaneously display disturbing anti-Semitism whilst relying on Old Testament history to situate their place in universal history. Boyle’s discussion of St. Patrick as a new Moses figure, handing down (divine) law to the Irish is also illuminating. As in the following chapters, Boyle’s argument benefits from drawing together Latin and vernacular Irish sources to elucidate the multilingual intellectual world of medieval Ireland.

Chapter 2 concentrates on medieval Irish retellings of the biblical David story, presenting five short vignettes from the late fourteenth-century Yellow Book of Lecan. Boyle provides admirable editions and translations of these understudied narratives, most of which have otherwise never been critically examined to date. This chapter particularly stands out in its exploration of the book’s main focus: medieval Irish creative invention and the fluidity with which the Bible was adapted and reimagined. In one of the tales, David’s youthful fight with Goliath is recast as an example of the macgnímrada or ‘boyhood deeds’ genre, most famously associated with the Irish hero Cú Chulainn. In another, David and Solomon give their blessing to a hungry peasant, who is rewarded when his clothing miraculously produces an abundance of salmon and apples. Through Boyle’s astute discussion, we see that Irish retellings of biblical characters and events took on new social meaning and stylistic conventions.

The focus on the psalms in chapter 3 follows naturally from chapter 2’s discussion of David, who is traditionally credited as the author of the psalms. Boyle gives a concise introduction to the importance of the psalms in Ireland, before moving on to an exploration of several short narratives in which daily recitation of the psalms rescues the reciter from hell. Given both the immense significance of the psalms in the medieval world and the disproportionately greater quantity of scholarship on the psalms in Ireland compared to any of the other topics that Boyle addresses, I would have liked to see a longer chapter (or perhaps two) to fill out the discussion. At the same time, the chapter as it stands introduces new research whilst providing a solid foundation for anyone without the time or inclination to delve into a longer specialist work on the subject, such as Martin McNamara’s The psalms in the early Irish church[1]n. 1 McNamara, Martin, The psalms in the early Irish church, Journal for the Study of the Old Testament, Supplement Series 165 (Sheffield 2000). or Alderik Blom’s Glossing the psalms.[2]n. 2 Blom, Alderik, Glossing the psalms: the emergence of the written vernaculars in western Europe from the seventh to the twelfth centuries (Berlin 2017).

To my mind, chapter 4 was the strongest chapter in the book. It turns to medieval Irish conceptions of Babylon, a largely untapped topic in modern scholarship. Boyle builds on her earlier discussion of biblical history in the Book of Ballymote, including well-chosen and lucidly presented editions and translations of poems and short prose material.[3]n. 3 Boyle, Elizabeth, ‘Biblical history in the Book of Ballymote’, in Book of Ballymote, Codices Hibernenses Eximii 2, ed. Ruairí Ó hUiginn (Dublin 2018) 51–76. Medieval Irish interest in world history and interaction with Christian history-writing traditions (such as those of Orosius and Eusebius) come to the fore in this chapter, as Babylon emerges as both Old Testament precursor to the earthly city of Rome and foil for the heavenly Jerusalem. Boyle goes further, arguing that Babylon also represented an important way to conceptualize the city in primarily rural ninth- and tenth-century Ireland, and world empires during a period in the eleventh and twelfth centuries when Irish kings such as Brian Boru began to claim the title imperator (p. 124).

The final chapter of the book, chapter 5, examines idolatry and martyrdom against the backdrop of universal history, moving irrevocably towards Judgment Day and salvation. Boyle convincingly argues that in the early church and medieval Ireland alike, idolatry and martyrdom were closely linked, with the missions of the apostles (often ending in martyrdom) as instrumental in the victory over idols and eventual salvation of the world. The chapter ends with analysis of Patrick’s destruction of idols in his role as apostle to the Irish. Here, as in earlier chapters, Boyle’s arguments rest securely on late antique and early medieval theological discourse while incorporating fresh evidence from newly edited and translated works of Middle Irish poetry and prose.

History and salvation in medieval Ireland shines in its capacity to draw larger thematic relevance from neglected Middle Irish poems and short historical narratives. Boyle concludes by presenting these understudied texts as ‘imaginative reenactments of history’ (p. 189), an appropriate designation for medieval Irish historiographical tendencies as a whole. Boyle succeeds admirably in her goals of delineating medieval Irish ideas of salvation history, bringing new primary sources to light, and calling for new scholarship on biblical contributions to history-writing in medieval Ireland to complement current interest in Classical Greek and Latin influences.

Despite being a relatively slender volume, History and salvation in medieval Ireland contains a substantial and up-to-date bibliography, which will be advantageous for scholars of the topic. The book’s layout might have benefitted from clearer demarcation between primary quotations and translations, as blocks of prose can become cluttered on the page. Greater use of ibid. would also have made the footnotes tidier in places.

Boyle’s technical discussion and impressive original research (particularly pertaining to otherwise unpublished and untranslated texts) will undoubtedly make History and salvation in medieval Ireland a standard work of academic reference in Celtic Studies. The theoretical framework of salvation history will hopefully open new avenues of research into medieval theology and historiography. At the same time, well-defined terms and background explanation, together with copious translations, make the volume approachable for the non-academic reader (although a basic understanding of Patristics and early Christian literature will undoubtedly help the non-specialist navigate the work). The book’s prohibitive cost means that the physical volume will largely circulate in academic libraries, but the less expensive e-book is a more accessible option for a wider audience.

1.
McNamara, Martin, The psalms in the early Irish church, Journal for the Study of the Old Testament, Supplement Series 165 (Sheffield 2000).
2.
Blom, Alderik, Glossing the psalms: the emergence of the written vernaculars in western Europe from the seventh to the twelfth centuries (Berlin 2017).
3.
Boyle, Elizabeth, ‘Biblical history in the Book of Ballymote’, in Book of Ballymote, Codices Hibernenses Eximii 2, ed. Ruairí Ó hUiginn (Dublin 2018) 51–76.
Vorige bijdrage