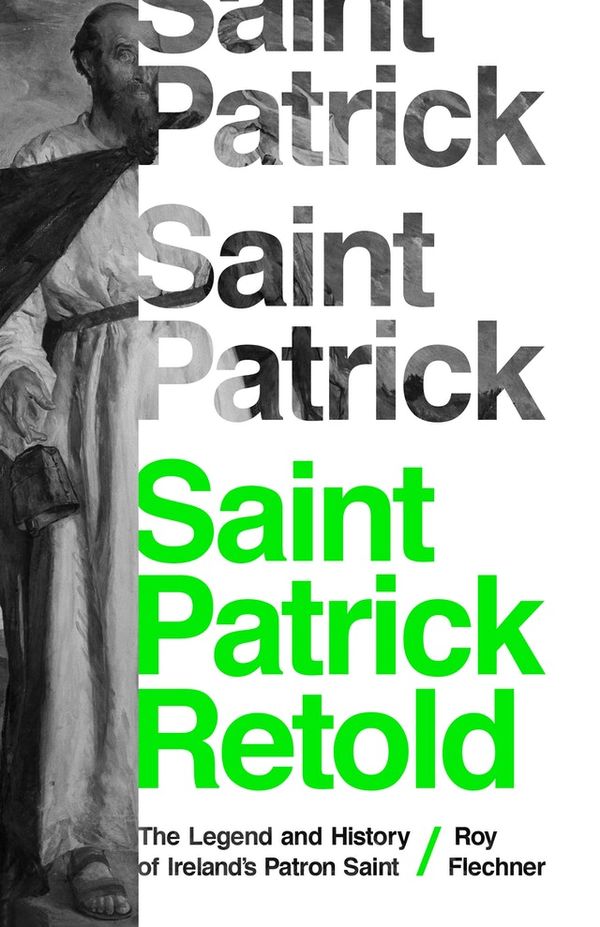 The juggernaut of Patrician historiography gains a welcome new member in Roy Flechner’s fresh appraisal of the saint’s life and times. In what is claimed to be both a ‘biography’ and a ‘history of the late antique Insular world’, Flechner introduces a general audience to the latest thinking about fourth- and fifth-century Britain and Ireland, about the early church and the spread of Christianity, and about the posthumous proliferation of Patrick’s cult and commemoration. Drawing especially on the evidence of Roman law and archaeology, Flechner endeavours to construct a tangible historical context for Patrick’s colourful career, situating Patrick’s reported experience within the broader world of the late Roman West. While such a pursuit necessitates a certain amount of synthesis, the book nevertheless bears the stamp of novelty through its advocacy of Flechner’s own theory as to why Patrick left Britain for Ireland as a teenager.

It is never an easy task for a professional academic to write a book that is both informative for scholars and approachable for a general audience, especially when the subject matter is as potentially controversial as the life of Saint Patrick, but Flechner achieves just that. The book is highly readable even as it skims across complex processes of historical change in a sparsely evidenced period, and it succeeds in leaving the density of much existing scholarship on Saint Patrick behind. In part, this is achieved by minimising the scholarly apparatus: while chapter endnotes are used sparingly to record citations of primary sources, all other bibliographical information is reserved for the twenty-four pages of ‘bibliographic essays’ at the end of the book. For the most part, this system is adequate, though it can be frustrating when the opinions of named scholars are mentioned in the text without an accompanying citation, requiring the reader to scan through the relevant bibliographic essay for further information.

The book comprises six chapters framed by an introduction and an epilogue. Two chapters survey Britain and Ireland respectively during the time of Saint Patrick; three chapters address the themes of captivity, religion and missionary work; and a further chapter examines how Patrick was portrayed by his many hagiographers. The latter theme is continued in the epilogue, which provides an interesting overview of the various contexts in which Patrick and his feast-day have been evoked in the early modern and modern eras. There is no chapter specifically dedicated to Flechner’s controversial idea about why Saint Patrick left Britain (first published in a book chapter in 2011), which might have been expected given that it is one of the book’s headline claims. Instead, the reader is drip-fed the idea across several chapters. Firstly, in the introduction, seeds of doubt are sown about the conventional readings of the relevant parts of Patrick’s works: on page 11 we are told that Patrick’s account of his escape from servitude seems ‘improbable’ to a ‘sceptic’ (despite having seemed credible to previous ‘sceptics’), and on page 14 we are reminded that Patrick is silent about what form of property was taken from him during his later two-week imprisonment while he was a missionary in Ireland. Next, on page 36, an inconclusive debate about the criteria for dating Patrick surprisingly leads Flechner to prefer a relatively early date for Patrick, ‘during the Roman occupation of Britain (perhaps even in the fourth century) or not too long after’. By pages 52–56 (and again at 105–108), however, it becomes clear that Flechner favours an early date for Patrick because it apparently agrees better with his notion that Patrick sold his imperial office and perhaps his land in Britain when he was sixteen in order to avoid responsibilities in the local curia (town council), preferring instead to liquidate his wealth (possibly by buying more slaves) and then to establish himself in Ireland. According to this theory, Patrick’s story about being a slave for six years was a lie that was intended to ease his re-entry into British society through a legal process called postliminium.

Some aspects of this reconstruction make sense, when applied to Patrick’s later decision to preach in Ireland: Patrick must have liquidated his wealth somehow, probably explaining why he says that ‘I sold my nobility in the interest of others’ in the Epistola¸ and it is likely that he took some slaves with him to Ireland at that time. But the idea that all this occurred when Patrick was sixteen rests on assumptions that are not explicitly acknowledged. For instance, Flechner seems to assume without discussion that Patrick’s father had already become a deacon by the time that Patrick was sixteen, leaving Patrick to take up his father’s curial responsibilities (Patrick never outlines the chronology of his father’s career). Furthermore, since Patrick’s alleged teenage flight to Ireland was, according to Flechner, the subject of the accusations later levelled at him by the unidentified seniores (‘elders’ of some kind), we are required to assume that the only person who would have known the truth about the matter was the close friend that Patrick had confessed to before he was a deacon; this friend, Patrick says, finally gave the seniores a pretext for their longstanding accusations, despite having previously defended Patrick in an earlier trial. What about all the other people who would presumably have been involved if Patrick really had sold his imperial office and land as a teenager, such as the other members of the relevant curia? Flechner is certainly aware that his theory is controversial, so one would really have expected it to have been presented more systematically.

In a wide-ranging work aimed partly at a general audience, it is almost inevitable that readers of a more scholarly inclination might find some aspects of the book unsatisfying. One instance of this concerns the spectre of ‘Celtic identity’, debate about which protrudes uncomfortably into the narrative in several places. This would not be expected in a straightforwardly academic book on this subject. Given the probable expectations of some readers, it is only right that the subject should be tackled in some way in a book like this, but one feels that it could have been dealt with more decisively and summarily. It would hardly be controversial to say that, in fifth-century contexts, the term ‘Celtic’ properly applies only to a family of languages of which Irish and British are prominent members, and should not be extended to embrace any additional concepts like ‘culture’ or ‘identity’. Yet in two separate chapters (at pp. 62–65 and 132–137) the ‘question of Celtic identity’ is debated as if it were an open question. While it is true, as Flechner puts it, that ‘the extent to which there might have been overarching similarities between the political order in Iron Age Ireland and in other societies that have been deemed Celtic continues to be a hotly debated topic’ (p. 64), it is certainly not a matter of a ‘common Celtic identity’ (p. 63), which Flechner problematically treats as if it were an almost synonymous concept. The former is debateable, the latter dismissible. It is abundantly clear that the early medieval Irish had a firmly entrenched sense of their own identity that was overtly expressed in a variety of media, and it had nothing to do with Celticity.

On balance, Flechner appears more comfortable with Ireland than with Britain during this period. This is evident in the first instance in the book’s maps (three spelling mistakes in the map of Britain versus none in the map of Ireland) and bibliographic essays (a little over three pages for the chapter on Britain versus a little under six pages for the chapter on Ireland). It is also evident in the fixation with the ambiguous ‘rescript of Honorius’ in 410 as the decisive end-point for all things Roman in Britain, prompting the misguided notions that ‘Patrick’s father must have held office before this crucial year’ (p. 34) and that ‘in all likelihood... the land market [in Britain] would have collapsed around 410 if not before’ (p. 54). Neither assertation is at all necessary. More troublingly, the same tendency stands out in the discussion of Coroticus, the recipient of Patrick’s only surviving letter. Coroticus’s probable base at Dumbarton is characterised as ‘the political centre of the British kingdom of Strathclyde’ (p. 44), despite the fact that the term ‘Strathclyde’ (referring to the valley of the Clyde, south-east of Dumbarton) emerged as the name of the kingdom only following the destruction of Dumbarton in 870. Again, when doubt is expressed about the value of the Book of Armagh’s styling of Coroticus as rex Aloo (probably ‘king of Ail Cluaithe’, i.e. Dumbarton), there is no mention of the almost certainly independent corroboration of this claim by a pedigree of the kings of Dumbarton preserved in a copy of a tenth-century Welsh manuscript, which features one Ceritic Guletic in a generation roughly appropriate for Patrick’s Coroticus (the pedigree is referred to only in the relevant bibliographic essay, p. 241, where Flechner cryptically says that its ‘testimony was applied retrospectively’ by previous scholars). Some references to modern scholarly work on the kingdom of Dumbarton and its successor Strathclyde would have helped to correct these oversights as well as augment the bibliography for the chapter on Britain.

Flechner’s book will assume an important place in the pantheon of scholarly works on Saint Patrick. It is a learned and notably accessible account of a subject that continues to fascinate a great many people. Despite certain weaknesses, most aspects of Patrick’s career are lucidly contextualised. Like Patrick himself, the book makes some controversial claims that are not quite fully substantiated, but fortunately these do not undermine the value of the remainder of the work.